When chapels changed the world 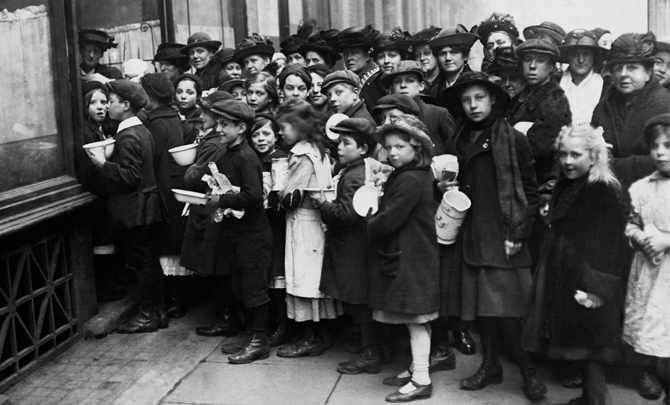 What is it about nonconformists of the past that drove them to strive for a just society? Lesley Husselbee investigates

Picture a wealthy, Victorian middle-class cotton mill owner driving home in his carriage down Oxford Road, Manchester to his suburban villa surrounded by parks. He is not oblivious to the nearby stinking, damp, over-crowded slum cellars where his poorly-paid and exploited factory workers live, but he believes that is how God made things. He and his colleagues have a responsibility to make profits for themselves and their shareholders.

So what was it that gave philanthropic free church factory owners a different attitude? What led them to buck that trend?

A few years ago when I was helping to prepare church-related community workers, ministers and others at Northern College, Manchester, we decided to explore a historical timeline of people engaged in society. Among high-profile Anglican philanthropists such as Thomas Coram, William Wilberforce, and Thomas Barnardo, we noticed a number of trends.

Firstly, behind the famous social reformers there was an army of movers and shakers – often women and nonconformists. Secondly, we noticed that much of their work in education, health and welfare is now done by the state, while local churches get on with work alongside communities, sometimes in partnership with the state. This made us want to find out more about the specific nonconformist contribution to social welfare. So we contacted the United Reformed Church History Society, and historians from the Baptist, Methodist and other free church traditions, and the book, Free Churches and Society was born.

Nonconformist factory owners who took responsibility for the welfare of their employees included the Congregationalist Titus Salt and the Unitarian Samuel Greg, who built housing communities respectively in Saltaire and Styal. Greg set up his Quarry Bank Mill well away from the polluted conditions in Manchester. He reduced working hours from 13 hours a day to 10, and provided a school for the children.

Later, the Congregationalist WH Lever set up a model village for his soap factory workers at Port Sunlight, Wirral and Quaker chocolate manufacturers, Cadbury developed the pleasant Bournville community for their workers. They were moved by a sense of Christian social responsibility but they also saw that making their workers financially secure and healthy would increase productivity.

These were not isolated instances but part of a trend throughout nonconformist Christianity, which is striking enough to demand explanations. Why did Elizabeth Gaskell, wife of a Unitarian minister use her novels, such as Mary Barton (1848) and North and South (1854-5), to draw attention to the atrocious living conditions experienced by factory workers? What led the London Congregational Union to publish the hugely influential pamphlet The Bitter Cry of Outcast London (1883), which drew attention to squalid overcrowding, trafficking of young girls and illicit sexual relations in the East End of London? Such campaigning literature encouraged the setting up of legislation to combat some of the worst exploitations of the 19th Century.

The Salvation Army is well known for its concern for the poor, but other Free Churches also set up missions in the East End of London (1855), west London (1855) and Liverpool (1875). Nonconformists were also key campaigners in the fields of prison reform, slavery and the women’s suffrage movement. What led local free churches to provide soup kitchens for the poor and become involved in such activities as Bands of Hope, Boys and Girls Brigades, the Christian Endeavour Movement? Why did many set up such activities as camera clubs, lawn tennis clubs, golfing clubs, and literary readings? In all these fields Christians were moved by the passion for social justice and the regard for the weakest in society which reverberates through the Hebrew prophets and the New Testament. With their charity they also blended education and social development, believing that it was better to move people towards self-reliance rather than dependency.

For this reason they also became increasingly involved in political parties. Nonconformists originally had an affinity with the Whigs, who were their best allies in seeking emancipation. This developed into a partnership with the Liberal party – nearly all nonconformist MPs stood in the Liberal interest and Liberals ran municipal government in nonconformist strongholds such as Birmingham. Chapel people, especially groups such as the Primitive Methodists, were highly influential in the formation of the Labour Party and Trades Unions. Along with this they championed the setting up of co-operatives and building societies, again with the intention of strengthening the hand of the weaker members of society.

Come with me in the 1950s to the manse of St James’ Presbyterian Church, Sheffield, where Robert Gillespie was having tea. His daughter brought a black friend whose family had just arrived from Jamaica. Gillespie heard about the way in which so many of the families who had arrived from the West Indies on the Windrush had been denied homes and jobs by white local residents. They were also made to feel unwelcome in church. Gillespie and his church decided to do something to counter such racism. It was a small beginning, when many other churches had not seen there was a problem, but it was the beginning of a change of heart across the churches.

What was it led to the setting up in 1983 of the Salford Urban Mission? It was the realisation that the churches were failing to connect with large numbers in the population around them. The Mission’s major aim was to live with and listen to local people as they founded their education and community activities on contextual theology principles. Like many other churches they became involved in credit unions and youth work.

Why did the Methodist Church develop the diaconal ministry and the URC the church-related community work programme? It was again this sense that churches which had once been embedded in their local community were now becoming ghettos.

What led the Presbyterian John Gray to found the Marriage Guidance Council (now Relate); Methodist Bill Kyle to found the Westminster Pastoral Foundation? It was the realisation that the general increase in prosperity had not necessarily made people happier and that people with inner hurts needed appropriate help, which properly prepared Christians might be able to give.

So what can we learn from a study of dissenting history? Some of the ways in which 19th-Century local churches set up soup kitchens, provided clothing and shelter for the poor will be familiar to many local congregations today. Other methods and themes, such the strong temperance movement of the early 20th Century, will feel foreign to us since the context is different. But social conscience has frequently been a part of Free Church history.

What the above examples have in common is the fact that nonconformists listened to the people around them. They understood their problems, prayed and tried to do something about them. Many of the major changes in social welfare came about because they started helping individuals nearby or campaigned to change legislation. Others have, like Lord Andrew Mawson at Bromley-by-Bow URC, used social entrepreneurial techniques to develop their redundant Victorian church buildings into art studios, art centres, cafés and health centres designed to serve the community.

We, too, can learn from our communities. What is the history of your area? What are its greatest needs? Is anyone else meeting those needs or is there something unique that you can offer? What is God telling you? We should be proud of the achievements of our forebears. They should give us confidence to make our contribution to community in whatever local context is needed most in today’s secular society.

Lesley Husselbee is a United Reformed Church minister and author of Free Churches and society (Continuum, 2013)
____

This article was published in the March 2013 edition of  Reform.

On doing and being