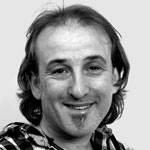 Elections, like battles, are lost and won – you’d be hard pressed in either case to think of one which resulted in a draw. But elections rarely involve so much winning and losing as ours in May.

The SNP increased its representation at Westminster by 800%; its 95% share of Scottish seats is not the kind of thing one is used to seeing in a democracy, and means that not only political but constitutional change is coming.

The Conservatives’ victory is less of a landslide, but, given that almost the entire political world believed a hung parliament was inevitable, gaining the first overall majority for the party in 23 years, after five years of austerity, is a remarkable achievement. It puts the Conservatives not just in government but in power – power to make deeper cuts to public service budgets and profound changes to the NHS, the BBC, migration, asylum and Britain’s role in Europe.

Then, what losses. Three parties lost their leaders on the same day, though one of them only temporarily. The Liberal Democrats crashed as spectacularly as the SNP soared, and all but fatally, taking with them the credibility of coalition government in the UK. Ukip won only a fifth of its expected seats and lost hope of joining a coalition – though, as with the Greens, its share of the vote quadrupled. Labour was obliterated in Scotland, as expected, and lost hope even of leading a powerful opposition to the government, as very few people expected. Whether they will also lose influence over the national debate through a protracted leadership election, as in 2010, remains to be seen.

The opinion polls lost all the credibility they had regained since 1992. The media lost credibility, having based so much of their election coverage on the polls, but you don’t hear so much about that loss in the media.

What about the people? Are we winners or losers? Churches were alarmed about how the most vulnerable members of society fared under the coalition. Welfare reforms resulted in one million people a year resorting to foodbanks. The Conservative aim of full employment is welcome, but when more than half of all people who are in poverty are also in work, it is hardly the whole answer. Insecure working arrangements, including 1.8m zero-hours contracts, caused a pay crisis where 6.7 million British people are in both working families and poverty. More families claim benefits because of low paid work than because of unemployment or disability, and yet the rhetoric of politicians and press still demonises them as skivers.

This is an extract from the June 2015 edition of Reform.

Jumble sales of the apocalypse: When prayer goes wrong