A good questionDecember 2014/January 2015
No Comments

A good question: Is abortion unchristian? 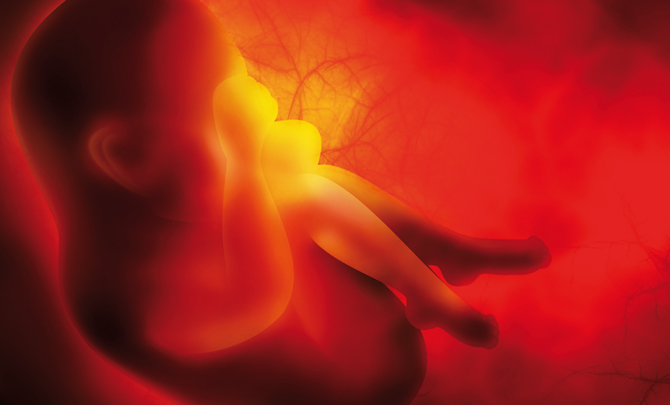 Each month we ask one question and get four answers. This month: Is abortion unchristian? 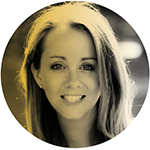 Since I brought attention to the case of the baby aborted at seven months gestation because it had a bilateral cleft lip and palate, I have been asked many many times whether I’m against all abortion. Many people assume that because I’m a Christian (and a professional Christian!) that I must be against it. Actually it is because I’m a woman that I, like any other woman, have to think through what I believe – away from all the TV chatshow questions.

The short soundbite answer would be; “I think all abortion is destructive,” because it is. But it is often something that women choose when they feel they have no other option left. In those situations women often know that they are going to lose something, or someone, whatever choice they make; whether it’s a sense of security, a job, a relationship, their reputation or their unborn child. We live in a messy, fallen, complex world where situations, relationships, health, finance can go dreadfully wrong and we instinctively try to choose the least dreadful consequences as far as we can predict them. Abortion is often seen as the least worst option. And it is right that this choice, however unpleasant it is, can be made safely when necessary. So no, I’m not against all abortion.

But one of the things that makes a difference to me when I think about whether or not I would have an abortion is faith; not so much in a religious, right or wrong kind of way, but about where I would put my faith in a situation that might feel terrifying.  When I think back over my life to the few situations where I was really, really afraid and didn’t think I could cope, those are the times when I have known God’s presence come through for me very tangibly; it’s been a strange sense of knowing – which passes all understanding – that all would be well even if life is going to be changed and difficult.

Often when women seek an abortion it has been their fear or their partner’s fear that has spoken the loudest. It’s this fear that can be disabling and prevent us responding with faith to the hopeful possibilities that God might bring about.

So I don’t think about whether abortion is Christian or unchristian, because that feels like an abstract religious soundbite, of little use in real situations and something that glosses over thoughts and feelings and impedes real faith. Instead, I think it’s a question of choosing to have faith in God, trusting enough to listen beyond my fears for a hopeful future to which I can say yes.

The abortion debate has medical, legal, political, ethical, social, personal as well as religious aspects. It’s a big question to cover in 400 words!

However for all these aspects, the key issue is whether the foetus is just an assembly of cells or a living human baby. The answer to this question will largely determine one’s response to abortion.

Because the Bible isn’t a biology textbook, or philosophical tome, it does not set out different perspectives on when life begins and tell us which is right, and why. However, it is our guide, and several passages enable us to reflect on when life begins. For the writer John Stott, the firmest foundation in the Bible for the foetus being a fully human life, in communion with God, was Psalm 139:16: “For you created my inmost being; you knit me together in my mothers womb.”

For myself, the most persuasive passage pointing to the humanity and value of the foetus is when God, incredibly, became incarnate as an embryo! “Behold you will conceive in your womb and bear a son, and you shall call his name Jesus.” (Luke 1:31). Jesus was like us in every way, so that he could take our place on the Cross. To me, this identification of Jesus’ “becoming flesh” with his mother’s act of conception compellingly demonstrates the humanity and personal nature of the pre-born baby.

The Bible may not be absolutely explicit about the nature of life in the womb, but it points strongly to the unborn child being as human as any of us already born. Of course, not all Christians agree about this, but if doubt remains the burden of proof is on those who want to refute this, because unless we are utterly sure that the pre-born baby is not fully human, we should give it the utmost respect.

So where does this leave us in relation to abortion? Humans have infinite value because we are all made in God’s image, hence the command in Genesis 9:6 not to shed the blood of a human. Although we cannot interpret “you shall not kill” as an absolute prohibition, since the law also sanctioned it in some situations (such as capital punishment and holy war), nevertheless taking human life is God’s prerogative (not ours), permitted to us only with specific divine mandate.

Opposing abortion should not mean we lack compassion. Christians should recognise the hardships an unplanned baby may bring and the need to offer support. It is not our role to judge women who resort to abortion, or the men who fail to support them. Instead, Christians can say: “There is forgiveness with God” (Psalm 130:4) for Christ died for our sins and offers us a new beginning.

I don’t think any single act can be judged as Christian or unchristian – we have to understand the context and intentions. What I believe is unchristian is the ethos of autonomous individualism which denies the essential relationality of the human creature. That includes the slogan, “a woman’s right to choose” – as if an unborn child is a commodity to be disposed of in any way its “owner” decides. With freedom comes responsibility, and a responsible adult woman who is voluntarily sexually active and does not want a child has a responsibility to avoid pregnancy. Abortion should never be seen as an alternative to contraception.

The vast majority of abortions in Britain today are lifestyle choices. That, in my view, is incompatible with the Christian understanding that our bodily lives are a gift from God. Abortion is always an act of violence – against the unborn child and against the maternal body – and I do believe Christianity is incompatible with any intentional act of violence, be it war, execution or abortion.

However, I think we need to reclaim the traditional theological distinction between early and late abortion. Early abortion should in my view be legal, because the law should not be used to enforce morality, but to protect the common good, and illegal abortion does not save babies, it kills women. To say that women should have access to safe, legal abortion in early pregnancy is not to say that abortion is therefore a moral good, any more than to say that people should not be stoned for committing adultery is to say that adultery is morally good.

In Britain abortion is legal in some situations until birth. I find it incomprehensible that there is so little public debate about this. Late abortion should be called by its proper name – involuntary euthanasia. This is not just about Christianity but about a fundamental ethical principle of the right to life that we breach at our peril.

However, the other side to this is that thousands of the world’s poorest women die every year from botched abortions, and others are permanently damaged. There are also pregnancies resulting from incest, rape and abuse. In such situations, Christianity cannot be about applying moral absolutes that ignore the messy, tragic realities of life. Sometimes, there is no right answer. That is why Christianity is not about moral perfection but about forgiveness, healing and compassion. Is abortion ever morally good? No. Is abortion always morally bad? No. It is in the vulnerability and muddle of such dilemmas that the compassion of the incarnate God reaches out to us. Grace redeems the moment of tragic necessity. Love heals the wounds of violence. Forgiveness opens a path beyond failure. Hope lets in the light. That is when we can speak about a situation becoming Christian. 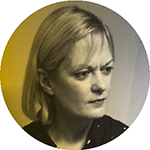 Abortion is Christian in a very important sense: A majority of Christians in this country support the current law which allows it. A 2013 YouGov poll for the Westminster Faith Debates found that only 39% of religious people want to lower the 24-week limit on abortion or ban it altogether, so not a significantly higher proportion than the 35% of the general population who take that view. Clergy often see the issue differently. Obviously this is true of the Catholic Church, but in undertaking a recent survey of CofE clergy I was surprised to find that 43% of them would like to see the law made stricter, and an additional 16% – mostly evangelicals – would favour an outright ban.

I think this variance between what different Christians think about abortion comes down to two very different understandings of life – “bare life” and “full life”. Because I support the latter, I don’t view abortion as unchristian.

On the “bare life” view, what counts is the mere fact of being alive. On this understanding, “sanctity of life” applies to human life in all its forms, however diminished or painful, and however much a person might want to end it. This approach is supported by two theological arguments. First, that life is given and taken by God and should be in his sole control. Second, that Christians should have particular care for the weak and vulnerable.

On the “full life” view, what counts is not just quantity but quality. Although there is no formula to measure quality of life, it includes having the realistic prospect of freedom from unbearable suffering, some capacity for relationship, or some desire to continue to live. In support of this view, we can cite Jesus’ words about abundant life (John 10:10), and reject an image of God holding the strings of human life in favour of a theology in which humans have genuine responsibility for lives and deaths.

The moral intuition which lies behind our current law is that the quality of life of the mother, the potential child, and perhaps other siblings and family members, must be taken into account, and that they are all interconnected. For quality of life is not just about my life in isolation, but about our essentially social nature as well.

The debate about abortion has often been posed as “pro life” versus “pro choice”. That’s the wrong way of looking at it. Many people believe that in some sense life begins at conception, and that abortion should be allowed. The debate is not for or against life, but between two different understandings of life.

This article was published in the December 2014/January 2015 edition of Reform.