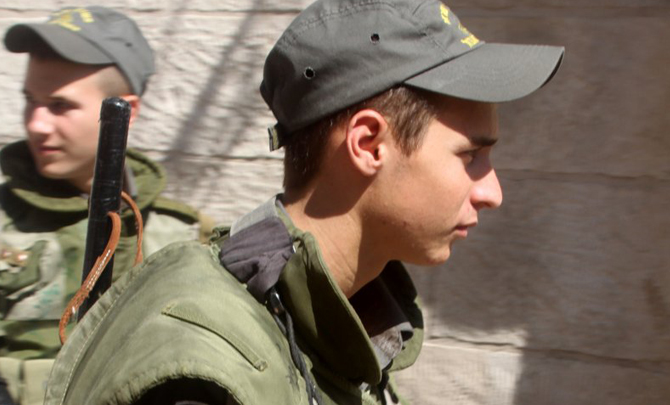 Two views on the conflict

‘We need to speak out without favouritism’

I have ministered in Israel and Gaza and have a deep empathy and compassion for both sides. But, as I write this, I realise that in using the very idea of “sides” I fall into a trap. From our earliest years we feel obliged to choose a side: Which group to join at school, which team to support, which political party to vote for. Choosing a side gives us a sense of belonging, and makes things easier; we can just go with the flow.

There are, however, enormous problems with taking sides. In viewing the dreadful events in Gaza, there is a real danger that we simply decide that we are supporting either “the Palestinians” or “the Israelis”. We need to remember that there is no favouritism with God. He does not take sides. He holds all people to account.

God sees, and will judge, the politicians, generals and soldiers who ruthlessly and recklessly exceed the moral limits of legitimate self-defence. And God also sees, and will judge, those who stir up hatred or fire rockets indiscriminately and who cynically blur the distinction between civilian and military. God will also judge those on both sides who encourage more slaughter with stirring words declaring that this struggle will make the region a safer, fairer and a more just place…

J John is director of the evangelistic organisation, the Philo Trust

‘Not taking a side means siding with the powerful’

Growing up in apartheid South Africa, I thought Desmond Tutu was evil. The Christians in my parents’ life despised the archbishop for “bringing politics into religion”, and so did I. Today, I know I am not alone in thinking that a religion with nothing to say about systematised injustice like apartheid is of very limited use to humanity or God. I feel the same about religion that has nothing to say about Gaza.

It’s popular, among some Christians at the moment, to keep our faith separate from the violence in Gaza. We’re too canny to put it that way, of course, so we say things like: “So much wrong has been done by both parties that it’s best not to take sides.” In effect, we create a religion that refuses to engage in questions of right and wrong.

Is it right, for instance, to bomb a civilian population when you control the borders of their small enclave? Is it right or wrong to attack schools where children are sheltering? Is it wrong of Israel to kill well over 500 Palestinians between the latest and previous campaigns against Gaza and then claim that rocket attacks are unprovoked aggression? I believe there are tough questions for both sides to answer. What I do not believe is that, since the questions are hard, there can be no clear answers…

Jonty Langley is a freelance journalist; he also works for a Christian mission and development agency

This is an extract from the September 2014 edition of Reform.

On the pilgrim way: “Will we never again go for a country walk?”

Editorial: A thought experiment about Worms