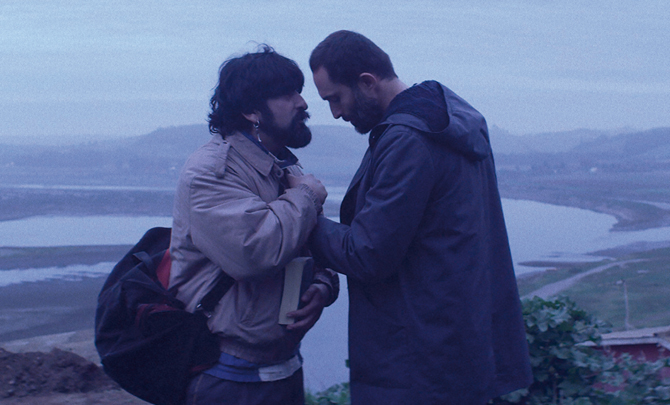 Four Catholic priests and a nun are holed up in a house in a remote fishing village on a bleak stretch of Chilean coastline. Who are these men, why is the nun so obviously their caretaker, and why have they been exiled to this singularly desolate outpost? The film gives an answer barely 15 minutes in, when a fifth priest arrives at the house, to the consternation of its present inmates. He appears to be a very troubled character, and the source of his torment becomes all too clear when a local fisherman, a pathetic, shambling bear of a man suffering from alcoholism and mental health issues, turns up at the gate with a raw, plaintive litany of complaints – extremely graphic descriptions of the sexual abuse he suffered as an altar boy at the hands of this same priest. The outcome of this shocking encounter has grim results, and a steely Jesuit counsellor is then sent to the house to enforce a programme of repentance amongst its inhabitants. Although not all of them appear to be abusers, they are all morally ambivalent. Even the nun’s apparent serenity belies an emotional duplicity and moral compromise. Ultimately the counsellor’s mission is to close the house down, an activity which has gained him a fearsome reputation amongst the shadowy ranks of “recovering“ priests. The question arises: how many priests are there in hiding who are accused of crimes, yet protected by the Church?

This is a savage film, for all its understated realism, and it makes for uncomfortable viewing. The descriptions of abuse from the victim are as disturbing as any visual re-enactment, and the response to him from the accused is deeply troubling. The entire narrative is bathed in a moral murk, echoed in the grey filter used by the cinematographer. There is no repentance, no catharsis, no facing the light, no underlying redemption, only a dark sense of irony. Yet the very bleakness of the story emphasises just what is at stake when people supposed to represent heaven behave in a way that is hellish. 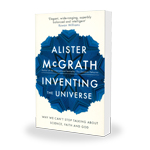 Not another book on science and religion? This was my first reaction on seeing Inventing the Universe, but I soon realised that this was different. McGrath frames the book as a personal journey, while offering much solid argument and drawing widely on works of science, philosophy and theology.

As a young man he was a convinced atheist who saw religion as simply mistaken, but came to Christian faith because he saw that it raised questions of meaning and purpose that science does not set out to answer. But he does not think science and religion belong in separate compartments without no interaction. He argues convincingly that for a single, fully satisfying view of the world we must “interweave the narratives” of science and faith. On the way, he deals with the nature of evidence, the impact of Darwinism (which should not be seen as having eliminated God from the world), the question of souls, and whether you can derive morality from science (you can’t). And he takes quite a few well-aimed potshots at the new atheists, Dawkins, Dennett et al.

The book is accessible and does not demand a high level of knowledge in either science or theology: anyone, Christian, atheist or wavering, could gain from it. However, there are questions McGrath does not face. Darwinian theory raises serious questions for faith in a loving God, which Darwin himself felt, but which McGrath does not deal with. And McGrath is not always right: it is not true that the idea that the world is 6,000 years old is just read into the Bible. It is the natural interpretation of the chronological scheme which runs from Genesis 5 to 2 Kings 25. It is no service to the Christian faith to defend the Bible where it is clearly wrong. The essence of the doctrine of creation is not that the universe came into being at a particular moment, but that it owes its being to God – and that could “resonate” admirably, to use McGrath’s term, with scientific cosmology.

Walter Houston is a minister and former college tutor 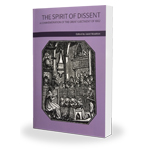 What is the spirit of Dissent? This collection of essays, principally from two conferences in 2012 to mark the 350th anniversary of the Great Ejectment of 1662, offers answers and reflections. At a very reasonable price, its accessible style and range of topics should appeal to most church members, and all those exercising responsibility in the Church.

The word “Dissent” in this book refers to those who rejected autocratic rule in church and state in 17th-century England, and also to those from that tradition, who campaigned for political reform, against slavery and for women’s rights in the 18th and 19th centuries. Janet Wootton’s essay on this last theme is particularly fascinating.

Yet the contemporary reality is that Dissent has been marginalised in a new way, because of its numerical decline, despite the bold attempt of Marxist historians such as Christopher Hill to annexe the English Revolution of 1641-49 as a prologue to their own narrative. David Cornick’s sober assessment of the present position, inevitably influenced by his own current position at Churches Together in England, compares the sermons of two Archbishops of Canterbury in Westminster Abbey in 1962 and 2012: Michael Ramsey argued that the “two cultures” in English society since 1662 – establishment and Dissent – had profoundly affected it; whereas Rowan Williams noted that monarchy and episcopacy had survived 350 years of Dissenting questioning, but had been changed forever as a result.

The spirit of Dissent will not be sustained today by reliving the past, nor by finding new political causes to champion. The original battle was not about the heart of the Gospel – that was taken for granted. But in an age when Christianity itself is under sustained attack, intellectually and politically, the need to work out and live out the practical implications of the challenge posed by the Crucifixion and Resurrection of Jesus Christ to all forms of established power – political, religious, financial or other – becomes ever more urgent. That will require a shift of attention.

Searching for the Angel  of the North 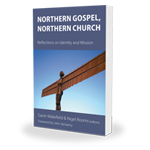 My faith was shaped in a northern chapel in a mining village. The chapel was known for its evangelical zeal and its work for justice and social reform. So it is natural for me to believe in an all-embracing Gospel for the whole world, while seeing it expressed in myriad ways locally, ever adapting to its context. But can there be a distinctive “Gospel for the north” – or, indeed, anywhere else? Excitedly, I joined Church leaders at Archbishop Sentamu’s residence to address this question. The day didn’t so much answer that question as create many others. These have been distilled into Northern Gospel, Northern Church, a collection of voices exploring the question from many perspectives.

Recently soundly rebuked for calling someone feeling the cold in a church meeting a “soft southerner”, I am well aware that the jokes and prejudices, presumptions and misunderstandings between the north and the south still arouse great passion! This book gives the debate a long-overdue theological and academic grounding, bringing a complex missiological discussion right into the Rover’s Return (and Queen Vic)!

The book will attract anyone with an interest, even a heart for the north. But a definition of “the north” depends on where you start. The authors approach is to focus on northern England. There are excellent chapters on history, heritage and the interaction of the Church and the region.

I hope, though, it will also be read by anyone sensitive to how local culture shapes the Church, and how the Gospel impacts and shapes its context. “The north” is used as a cultural label, and even as shorthand for a less affluent region, so the book looks helpfully at the socio-political implications of the Gospel. It dismisses the attitude “It’s grim up north” as unhelpful in any dialogue with other regions, which are all facing their own challenges. The strength of the book is in offering perspectives on mission in one area that can be easily translated to anywhere else, without losing the focus of “the wonder of God’s love revealed in Jesus Christ.”

Why are women abused? 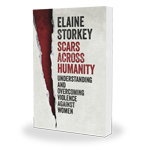 In this important book, Elaine Storkey, former President of Tearfund, has made a comprehensive study of the global causes and effects of violence against women. She presents detailed statistical and ethnographic information as well as personal testimonies to demonstrate that there is no society on earth where violence against women is not present.

In some ways I found the book hard going. It is not easy to read accounts of rape or the effects of trafficking or war on ordinary women worldwide. Storkey tries to balance such information with stories from the work of campaigners and activists. She includes simple advice like that given to a girl who is being flown to another country where she is afraid of being expected to enter a forced marriage: put a spoon in your underwear. This should be enough to ensure that airport security alarms are activated, thus perhaps offering the opportunity for a one-to-one conversation where she might be able to disclose her fears.

The book is essential reading for both women and men, as it demonstrates the personal and the social consequences of the endemic nature and global cost of violence against women. It is a book for the minister who recently told me “Feminism has gone too far” or the church member who, like Ban Ki-Moon of the UN, wants more opportunities for “girls to be girls”.

Storkey tries to analyse the roots of violence against women in the Muslim and Judeo-Christian traditions. As an outsider to Islam, she has to rely on information and arguments from Islamic scholars and activists, whereas as a Christian feminist she is more familiar with the issues and arguments. Clearly there is room for much further interfaith work on this matter.

Are you a preacher or storyteller using biblical “texts of terror” who needs some background? Are you an activist who needs to know the fuller picture? Or are you a sceptic who rejects violence against women and the faiths that legitimise it? Whoever you are, read this book and listen to what is going on around you. Whatever you do, don’t just ignore the issue.

This article was published in the April 2016 edition of  Reform.

A good question: What does the Easter story mean to you?