A life in fair trade 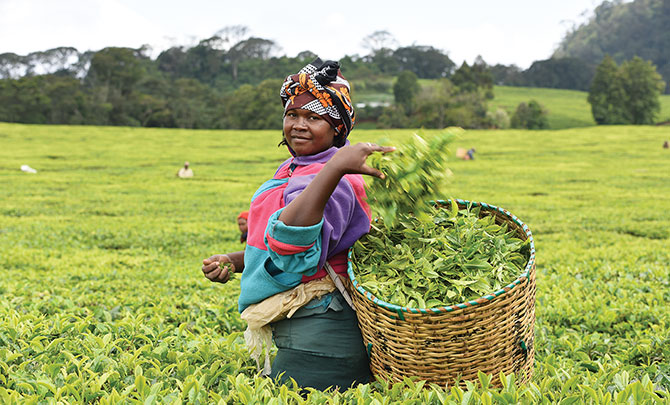 As a teenager in the 1970s, I attended an interdenominational youth fellowship in Wirksworth, Derbyshire, led by Rod and Pauline Higham. Wirksworth was a politically and socially active community, and the Highams introduced me to trade justice. When there were huge floods in Bangladesh, the Christian charity Tearfund took out aid, and then, rather than flying home with empty aircraft holds, filled them with Bangladeshi jute products, such as hanging baskets. I wonder if this was responsible for the 1970s rage for macrame?

Tearfund’s actions caused thinking Christians to start questioning whether aid is the best way to help developing countries. Wasn’t it more respectful to help poorer communities to build up trading partnerships, offering them the opportunity to lift themselves out of poverty? They had the skills, but not the marketing, the wider market or the purchasing power. They had a time-rich culture that valued handmade and organic products, which many in the developed world didn’t have access to. Furthermore, the fair trade premium paid by Tearfund on these products meant that money could be invested in community infrastructure such as housing, schools, church buildings or health projects.

When I returned to Wirksworth after art school to set up my studio/shop on the Enterprise Allowance scheme, I started to help at the Traidcraft fair trade shop on my day off work. This shop was in the house of Anne and Reg, parents of a school friend. Reg was a minister who lived to 110, so became quite famous as the oldest man in the UK for a while. I remember selling Campaign Coffee, which my husband says was dire, but I was a tea drinker. I loved the paper, craft products and gifts…

How we get along

Editorial: Sceptics can be true followers