Christian activist: Who is the ransomer? 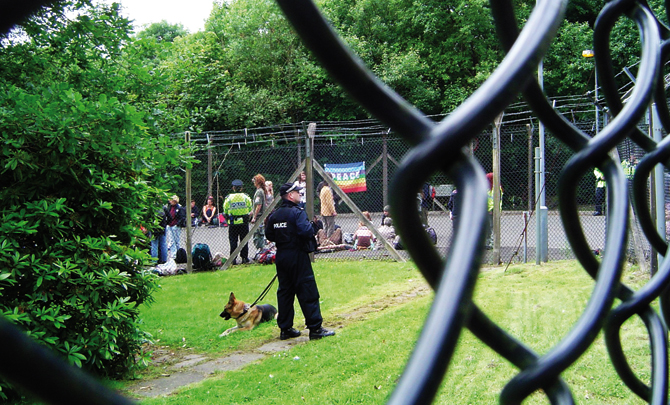 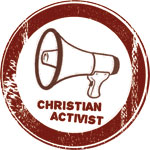 Alastair McIntosh on the bomb and the Cross

Shortly before Easter, Scottish Christians Against Nuclear Arms stood outside the nuclear submarine base at Faslane, gathered in an act of public worship, a witness for peace. We came from many different denominations – our number included a Catholic archbishop, a Church of Scotland convenor, and me, a Quaker – but we stood on a podium as the underlying undivided Christian church that prays: “Thy kingdom come.” Not Caesar’s kingdom come, but God’s; and so Pontius Pilate asked Jesus; “Are you a king, then?” To which the Prince of Peace replied: “King is your word.” And he spoke to Pilate of nonviolence, saying: “My kingdom is not of this world. If it was, my followers would fight.” (John 18:36-37).

Likewise, when the disciple cut off the high priest’s servant’s ear, Jesus disarmed him, saying: “Put away your sword Peter … No more of this!” (John 18:11; Luke 22:51). Why? Because violence destroys our ability to hear one another. Christ healed the ear and healed our hearing, therefore Easter asks us: Can we hear the deeper whisperings of the Cross? The Cross of wood and nails, encircled with a crown of thorns, that stood upon a green hill far away; the Cross of monstrous hulls and thermonuclear warheads surrounded by a barbed wire fence that is this Trident missile base today.

The Bible claims that Christ came “to give his life, as a ransom” (Mark 10:45; Matthew 20:28; 1 Timothy 2:6) and so, to a central question of the Cross: Who is the ransomer of souls? Who holds us captive demanding payment for our release?…

This is an extract from the June 2014 edition of Reform.