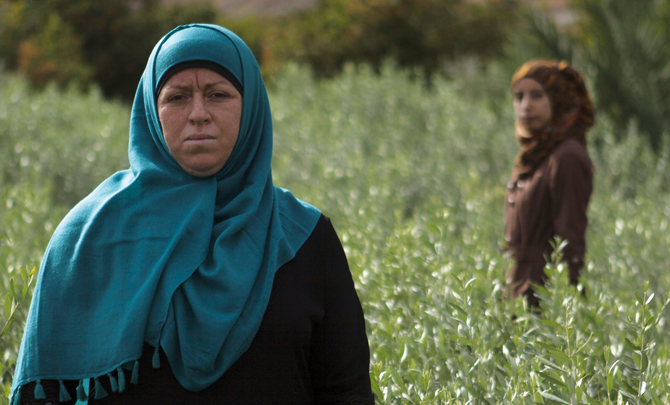 Israelis and Palestinians tell their stories from the struggle for rights and reconciliation. Edited by Stephen Tomkins; photographs by Tom Pilston 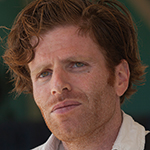 My father and grandfather had been soldiers, and when they told their stories, their eyes lit up; so at 16 there was nothing I wanted more than to be in the combat zone. I enlisted in 2001, the start of the Second Intifada, and trained for eight months for infantry combat. But when we started active service it had nothing to do with our training at all, we just manned checkpoints in the occupied territories and never encountered gunfire in three years of service. This is boring, frustrating, hard work, and civilians paid the price for our boredom.

We were told to “sterilise” the roads around Hebron, keeping Palestinians off certain streets to make them safe for Israelis, so we bulldozed heaps of stones onto turnings for Palestinian villages. To get to hospital, or anywhere, they had to drive their cars over piles our jeeps couldn’t manage. Catching them was the most interesting part of the day. We would detain them for two hours the first time, then four, then eight. Then we would drive off and throw their car keys away. We never made arrests, so there were no records and no process.

Practices like these have turned Hebron – which is a commercial centre for 500,000 Palestinians – into a ghost town. Palestinians can’t drive on certain roads, can’t walk on others, or trade, even if their houses and shops are there. Some can only leave their houses by  the rooftops.

We were also told to show our presence, “to create a feeling of being chased”. We walked their streets, did stop and search, delayed them at checkpoints. We entered their houses at night with flashlights, searched drawers, took pictures. Sometimes we tore up furniture looking for weapons. If people argued, we tied them up, masked them and beat them in front of their family. It was on the pretext of preventing terrorism, but we only ever did it where intelligence told us there was no threat. In several thousand house searches we found one gun.

My family believed I was arresting suicide bombers. (I grew up 25km from the West Bank but had never been there – no one does. All we knew about it was the “state of emergency” you hear about on the news.) I told myself I couldn’t refuse my instructions, it was up to the public to decide what the army should do, but when I read the reports of our activity I realised the public would never know, because the authorities lied.

So after completing my military service in 2004, I joined Breaking the Silence, an organisation devoted to publishing the testimonies of Israeli soldiers and veterans. We have published 9,000 testimonies in nine years. We have a travelling exhibition and give guided tours of Hebron, all to show people the reality of military occupation. We believe we have a duty to publish these stories so the public can no longer turn a blind eye.

We are told the occupation is necessary to protect Jerusalem and Tel Aviv from suicide bombers. The more testimonies you read, the clearer it becomes – it has nothing to do with security at all, it is about making Palestinian people’s lives impossible. The question I am putting to Israeli people is: Which more important, the historical, religious right to control Hebron, or the human rights of Palestinian people? The occupation is unjust and bad, not just for Palestinians, but Israelis too.

Palestinian farmers live in a gaol – it just has no roof. We are normal people, we are not terrorists. We like to live and we want peace.

The Israeli settlers and army fight us not with conventional weapons but with water. They built two wells on our spring so we no longer have access, and our farmland is like a desert. They grow dates, grapes and flowers for export, on land that they confiscated from us. Each settler has 15m3 water per hour for their garden, and the same again for personal use. We have 15m3 an hour to share among a village of 7000 people.

We can’t get our products to the Israeli market, but the Israeli settlers can get theirs to the Israeli, Palestinian and international markets. They prohibit us from restoring our wells, and prevent us importing pipes and fertiliser for security reasons. They want us to give up and become cheap labour in their settlements.

We are living in greenhouses and tents made from plastic sheeting, so it is too hot in the summer and too cold in the winter. Whenever we build brick houses, the army demolishes them – 200 or 300 troops, fully equipped, to destroy a handful of houses. They have done that four times in three months. This area was highly populated until the war of 1967, but since then they have been trying to empty it of Palestinians and tell Europeans that they are reclaiming unused land.

We are helped by PARC* who advise us on more profitable crops and techniques, and help us with irrigation and access to markets. This means we can stay here despite all the difficulties.

The Palestinian people are not looking for peace talks, because we are not fighting. We are looking for our human rights, dignity, an education system, permanent houses and a decent standard of living. The British allowed the Jewish people to establish a homeland here, so we ask the British people to help us regain our land from occupation.

*The Agricultural Development Association, which still uses its former acronym

Today was women’s day in Khribet abu Falah. Healthcare in the West Bank is terrible – a doctor comes, to care for 25,000 people in this village and the surrounding area, for two hours twice a week, and has very few supplies. So every Saturday I volunteer with a mobile clinic run by PHRI [Physicians for Human Rights, Israel]; we set up in a Palestinian village and see whoever needs treatment.

Today there were 200 women. Each time we start with a lecture on a different issue of health, and when we have treated everyone they feed us. However many there are we never turn anyone away.

We talk about their lives, their families and their problems, as well as their medical issues. We laugh together. I am an Israeli from Tel Aviv, and we live in different worlds, but I find that we are all the same when it comes to pain and suffering. Being examined is nothing, but being listened to and understood, that is more important, and I see there is a change over time. We are doing this to show solidarity with the Palestinian people and to build connections between the two peoples. It is long hours, in my weekend, but it is not even difficult. It has given us so much pleasure, and if you have pleasure, it is not difficult.

Christian Aid Week These stories are an example of how Christian Aid partners are helping people living in the face of conflict. The theme of this year’s Christian Aid Week, which runs from 11 to 17 May, is peace and reconciliaiton. For more information, or to make a donation, please visit www.christian-aid.org/caw. Breaking the Silence, PARC and PHRI are partners of Christian Aid.

These interviews were conducted in the West Bank in November and December 2013.

This article was published in the May 2014 edition of  Reform. Subscribe to Reform